The Role of Chiropractic in the Care of Children with Autism 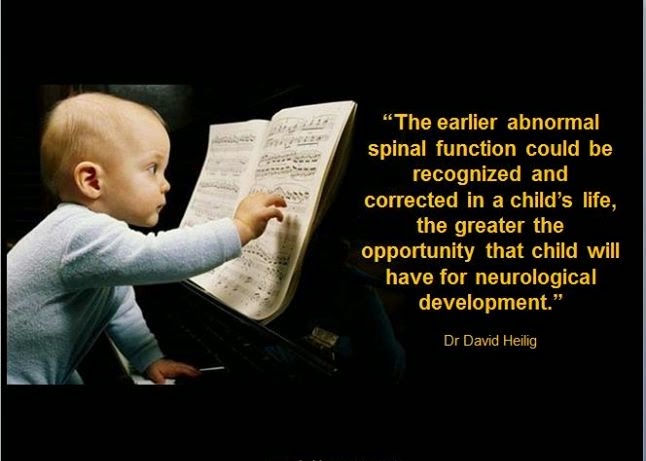 The November/December 2003 issue of the magazine "Autism Digest" contained an interesting article on the subject of Autism and the effect of chiropractic care on those children. The article was authored by world known chiropractor for children, Dr. Joan Fallon. In her article she notes, "While it has regularly been associated with back pain or headache, increasing numbers of parents are seeking chiropractors for children and especially for children with developmental issues."

The article starts off by noting that Temple Grandin, an author of two books on autism, is herself autistic. The article notes that in her books she repeatedly discusses sensory integration difficulties as being the core of her autism. Additionally, a growing numbers of professionals also tout sensory difficulties as one of the hallmarks of autism.

Dr. Fallon describes this phenomenon by saying, "Sensory integration is defined as the disorganization of the multisensory input into the body. People who experience sensory integration problems have profound and often debilitating difficulty with touch, taste, smell, sound or visual input. Non-autistics can often experience sensory issues as well, such as the irritation we feel from a band playing too loudly, or an immediate headache from a certain smell. While these may be bothersome to the typical person, such sensory stimuli can be "noxious" to the autistic child and often manifest in infancy as colic and in the older child as hyperactivity, the "inability to listen", or unexplained behavior issues, especially in children who lack communication."

The article then explains that the imbalances in the nervous system are caused by "Subluxations" in the spine. "The presence of Subluxation can cause illness as well as a host of other problems for the child," contends Dr. Fallon. "The chiropractor administers an adjustment as the mainstream portion of care. The adjustment is administered in areas where there is the presence of a SUBLUXATION. Subluxation occurs where a segment of the spine consisting of two vertebrae and a disc between them, has lost their juxtaposition. Proper juxtaposition is necessary to maintain the integrity of the various systems that are located there, not the least of which is the nervous system."